TTL, or “through the lens metering”, is a method that is used by modern DSLR cameras to control both onboard and external flash units and create a correct exposure.  It uses a pre-flash to allow the camera to meter the scene, then generates the main or exposure flash to actually expose the image. The pre-flash happens so fast, that its invisible to both photographer and subject, but it is what determines the exposure.

Canon refers to this technique as “E-TTL” and has improved the system with “E-TTL II”, which still has it’s quirks. As a user of a Canon Speedlight rig, I can tell you that it isn’t without it’s issues in how it appears to meter the scene. I’ve since alleviated a lot of my issues by using spot metering in Av (Aperture Priority) mode, and for the most part, the performance has been beyond acceptable, although not perfect. (But what is?)

The first form of digital TTL by Nikon, called “D-TTL”, was used in a few early models. Since then, the superior “i-TTL” system has been used. The Nikon CLS is not without it’s flaws but exposing a scene as directed, is not one of them. The last generation of SB-900 series speedlights (now replaced by the SB910), according to many users, had a tendency to heat up and shut down.

When using a multiple light setup a commander unit (which is also be integrated into certain camera bodies) is normally used to control all of the remote units. The commander unit usually controls the remote flashes by using flashes of visible or infrared light.  Canon has an IR controller called the ST-E2 and Nikon’s version is the SU-800.  The photographer can normally vary the light ratios between the different flashes on these commanders.

All the boring stuff above adds up to this…TTL is but one way to use flash. It offers less control than Manual flash, but will pull your butt out of a sling when you’re running and gunning, and when you need multiple light setups in a hurry.

One other thing that you can do with TTL is dive headfirst into the world of hypersync.  Hypersync is basically firing your flashes at a shutter speed higher than 1/250th.

And why would you want to do that? Think of the good old sunny f/16 rule. In bright sunshine you would set you camera to F/16, ISO100 and 1/100th of a second and get a good exposure. If your subject is backlit, you could pop a flash at them to fill the shadows. But what if you wanted to blur the back ground and get the lovely shallow depth of field that is so nice with some lenses wide open. On that same sunny day at f/2.8 and ISO100, you would need a 1/3200th shutter speed to get the same relative exposure. And there’s no way (without Hi Speed Sync) that you could use a flash to fill those shadows and expose your backlit subject correctly without using a reflector which can be tough at best.

Be aware though, in using Hi Speed sync, you give up a LOT of power. Why? Because the flash puts out a continuous series of small flashes. It “paints” the image for you. On a bright sunshiny day, one speedlight just won’t do it. I used 4 in the image of the guy doing Karate. At 1/8000th of a second and at f/4 ISO100, it just took a lot of juice to expose the subject. I probably could have upped the ISO but I really wanted the background at least 2 stops underexposed. 2 of the lights were just out of frame right, and I had to clone the other two out of the left part of the image. Yes…that close.

Not to say you can’t get great light out of one light. Heck if it’s what you got, USE IT! Just remember you won’t be launching that light any long distances. So get it close. I’m not professing to know it all, and you NEED to practice these techniques, but TTL is another tool in your arsenal, that could save your butt on more than one occasion, when you’re not in a controlled studio situation where you have more time to get your lights set up, adjusted and ready to shoot.

Are you a TTL fan? Or do you prefer the control of Manual? Comment below, 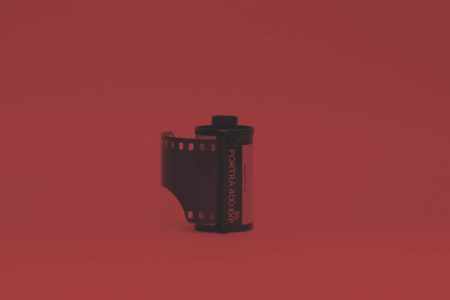